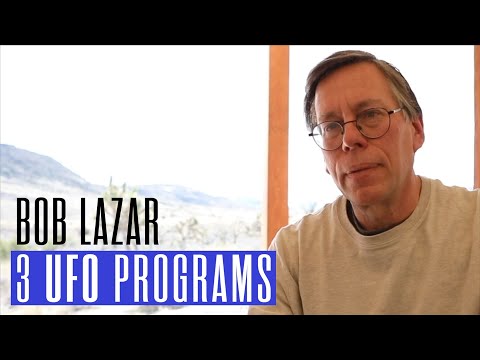 Because of what’s said to be coming with the 2023 National Defense Authorization Act – the legacy UFO exploitation programs are about to become a big topic of conversation for the public. Bob Lazar’s experiences are increasingly going to be understood 🛸🏴‍☠️

BOB LAZAR
Well, the briefings were blue folders, and just had an overview of the other [UFO exploitation] projects going on that could potentially connect to what we were doing.

JEREMY CORBELL
And there were three in particular?

BOB LAZAR
Our project was Galileo. And the two other ones were Project Sidekick – and that dealt with any of the weapon potential of the craft. That was the biggest project on the base. The other one was Looking Glass. And that had to do with the effects of gravity’s distortion, and time, you know, about potentially being able to get information forward through time. So there were other projects, again, dealing with other aspects of the craft, some biological and metallurgical – things of that sort. But the fact that there is actually a concerted effort to use gravity to actually manipulate time – I would rather have been part of that project.

‘There Is a Real Sense That the Apocalypse Is Coming’