In 2019 US Navy warships were swarmed by UFOs; here is RADAR footage from that event series 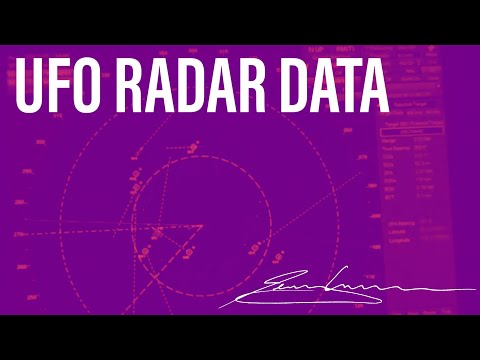 EXCLUSIVE : Full story at https://www.ExtraordinaryBeliefs.com • In 2019 US Navy warships were swarmed by UFOs; here is RADAR footage from that event series

BACKGROUND
This footage was filmed in the CIC (Combat Information Center) of the USS Omaha on July 15th 2019 in a warning area off San Diego by Visual Intelligence Personnel (VIPER team). This RADAR data release shows four clips; multiple unknown targets (and one civilian vessel). Some of the unknown targets drop off RADAR in this footage. This happened numerous times throughout the UFO encounter series. At the height of the contacts – there were at least fourteen unknowns observed at one time. The event series reached a crescendo with one of the unknown targets entering the water at 11pm. No wreckage found. None of the unidentified craft were recovered.

This is corroborative sensor data demonstrating a significant UFO event series – where unknowns were swarming US Navy warships. This type of cross-platform information verification is both unique and rare in the pursuit of the UFO mystery.

ADDITIONAL DETAILS
* Minimum 14 targets (estimate).
* Minimum 6ft in diameter – solid mass (estimate).
* Varying speeds from 40 kts – 138 kts (46 mph – 158 mph +).
* Flight lasting longer than an hour.
* Unknowns were self-illuminated.
* Neither origin, nor launch or landing points were able to be determined.
* Unknown vehicles picked up on more than two types of RADAR.
* Still images of this footage were included in the May 1st, 2020 UAPTF intelligence briefing that I have previously reported on.
* It is noted in intelligence reports that the “spherical” craft appeared to be transmedium capable, and were observed descending into the water without destruction.
* It is noted in intelligence reports that the “spherical” craft could not be found upon entry to the water – that a submarine was used in the search – and recovered nothing.
* This footage is unclassified.
* Craft remain unidentified – officially.

“The most impressive evidence we witnessed was their endurance. The event lasted over an hour with all contacts just disappearing. We were never able to discern where they departed to.” – Crewman, USS Omaha
﻿
SUMMARY
What’s presented here is genuine UFO / UAP footage – evidence – with impressive provenance. These are images and video captured by our US Military – during a variety of UAP encounters. Incursions – by seemingly Advanced Transmedium Vehicles of unknown origin – interacting and observing our Navy’s warships and fleet deployments in a restricted airspace. The RADAR technologies represented in this content, in this case, is tied into some of the most sophisticated weapon systems known to humankind. The evidence here must be differentiated from other UAP documentation – due to the context of capture alone. Collectively, this data drop represents a small section within a large mosaic of UAP awareness by our DoD.

It is my hope that these materials will be representative of a unique moment in modern history; a possible turning point towards the rational and transparent approach of investigating and exploring the mystery of the UFO Phenomenon. So here is an opportunity for anyone – and everyone – to go ahead and seek out the information for yourselves. We do not know what, if anything, the Navy or Pentagon might be willing to say about the USS Omaha incident (and related UAP encounters), but we are confident the incident is a legitimate mystery – and look forward to whatever information might be forthcoming.

Sergei Ponomarenko: The UFO Time Traveler who Disappeared Without a Trace

Earth From Space – Glorious Earth – Stunning views of our home