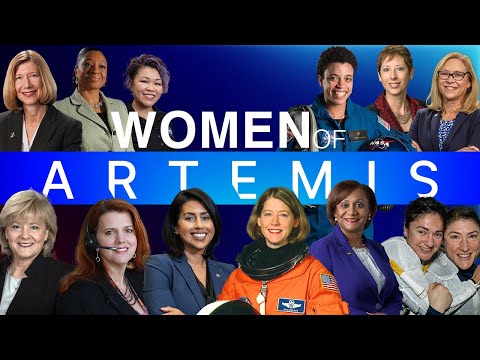 NASA has a rich history of women pioneers.

In 1922, Pearl Young became the first woman physicist hired by the National Advisory Committee for Aeronautics (NACA) which later became NASA. Since that time, women have been paving the way for future generations working as human computers, engineers, scientists and astronauts. Today, there are many women in leadership throughout NASA, including Artemis I Launch Director Charlie Blackwell-Thompson and Deputy Administrator Pam Melroy.

Artemis, the twin sister of Apollo and goddess of the Moon and the hunt, is a fitting symbol for NASA’s new missions through space. Through the Artemis program, we will see the first woman and first person of color walk on the surface of the Moon. Then, we will use what we learn on and around the Moon to take the next giant leap: sending the first astronauts to Mars.

An alien-looking red sprite jellyfish in the sky over an Oklahoma homestead. Thoughts?