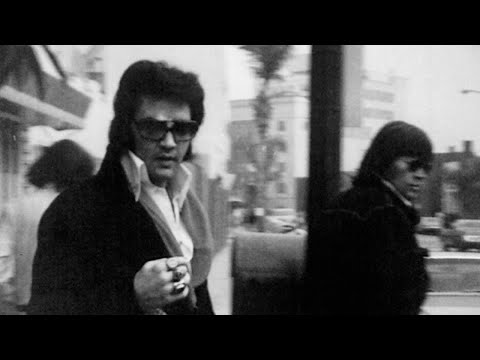 Elvis’ bodyguard Sonny West on witnessing a UFO in 1966.

"Sonny states he “remembers at time in 1966 when (Elvis) believed there was visit from outer space.” Elvis and Sonny see a light, thinking it’s a plane and waits to hear the sound of its engine.  Sonny says: “I didn’t hear any sound, the light kept coming, and it went through the trees and sort of over the top of the house…”  Elvis tells Sonny to go back in the house to get Jerry Schilling.  When they return they can’t find Elvis. They call but no answer.  They finally find Elvis “two or three houses” down.  Sonny says to Elvis:  “Jesus, that light scared the hell out of me. I thought they had got you. When I said that I was only joking because I believe I had seen some kind of flying saucer or phenomenon which I can’t explain.”
Elvis wasn’t afraid and has been quoted as saying: “they will come, but they won’t hurt you”. https://www.elvisinfonet.com/interview_danguyl_2009.htm

THIS VIDEO IS FOR EDUCATIONAL PURPOSE ONLY!
FAIR USE PRINCIPLES UNDER SECTION 107 OF THE COPYRIGHT ACT.

If you appreciate the content on my channel and would like to support me, please visit:
https://www.buymeacoffee.com/eyesoncineW
Thanks, EOC

“Living Nostradamus” Athos Salomé, has a prediction for 2023: He believes aliens will arrive through a portal in the controversial Area 51. He previously predicted the Covid-19 pandemic and conflict in Ukraine!

Is the UFO Presence Openly Discussed Within The Military?