The 50 Year Congressional UFO Hearing Was A Whitewash 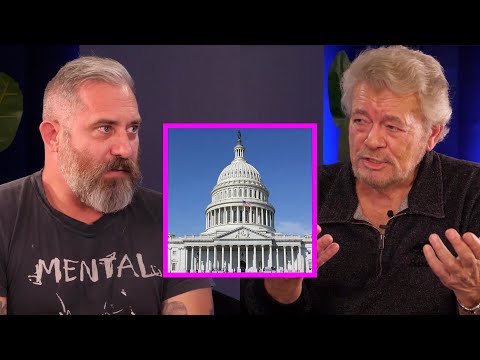 In WEAPONIZED, Jeremy Corbell and George Knapp pull back the veil on the world of the known, to explore the unexplained. This multi-platform investigative series features exclusive interviews, never-before-seen footage, previously-suppressed documents, original audio and video recordings, and hard evidence related to UFOs, the paranormal, cutting-edge science, cover-ups, conspiracies, and big-time crimes. Original, groundbreaking conversations with government whistleblowers, spies, spooks, scientists, military officials, muckraking journalists, filmmakers, historians, artists, musicians, and major celebrities will cast a wide shadow through the other-world… and detail the human experiences that inform these extraordinary phenomena. Your curiosity will be WEAPONIZED.

Full audio episodes will be published across all podcast platforms – and in visual form exclusively at https://WeaponizedPodcast.com and here on Corbell’s YouTube channel. New episodes will be released Tuesdays.

GOT A TIP?
Reach out to us at WeaponizedPodcast@Proton.me

•••
JEREMY CORBELL is an American contemporary artist and investigative filmmaker with movies on Netflix and Hulu. He is known for his documentary work exploring mysteries in the fields of UFOs, advanced technology and the “dark space” where science confronts the abnormal. Corbell’s films reveal how ideas, held by credible individuals, can alter the way we experience reality and help us to reconsider the fabric of our own beliefs.

“The aim of journalism is to reveal that which lies beneath the thin veneer of a society; to expose truths that are often just beyond the reach of our consensus reality. It can be counterintuitive – but to reveal secrets, you often must first learn to keep them. George and I have done that. We have kept secrets. But now we have built a vehicle to explore the mysteries that have kept us curious and alert over the decades. It’s with great pleasure and methodical mischief that we introduce WEAPONIZED to the world.” said Jeremy Kenyon Lockyer Corbell

•••
GEORGE KNAPP is an investigative journalist, whose work has been recognized with Edward R Murrow Awards, DuPont, Peabody Awards, and 28 Regional Emmy Awards. He is the chief investigative reporter for KLAS TV (CBS) and a regular host of the syndicated Coast to Coast AM radio show. His numerous exclusives include his reporting on the story of Bob Lazar, the public coverage of Area 51 and Skinwalker Ranch.

“It’s the job of journalism – and science – to investigate the unexplained, not to explain the uninvestigated. So much has changed over the past few years. Reality isn’t what it used to be. It’s bigger, more mysterious, and more wondrous than any of us imagined. With Weaponized, Jeremy and I expect to break news, add context, and have some fun as we talk with talented people who have compelling stories to tell." – George Knapp

“Living Nostradamus” Athos Salomé, has a prediction for 2023: He believes aliens will arrive through a portal in the controversial Area 51. He previously predicted the Covid-19 pandemic and conflict in Ukraine!

Is the UFO Presence Openly Discussed Within The Military?